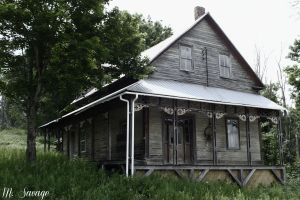 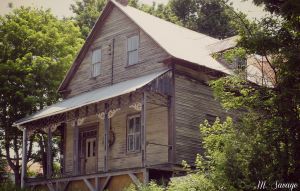 On Monday July 13, 2015 my lovley wife Michelle and I travelled to the infamous town of Brudenell. We were very excited to see for ourselves, the town once known as “The Sin Bin” of The Opeongo Line! In 1871 the town was bustling!……it had three hotels, three general stores, two blacksmiths, shoemakers and carpenters, a race track, a hall, a church and a school. The town had a local population of around 200 but it was the loggers working in the area that supported the economy of Brudenell. 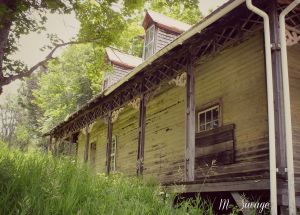 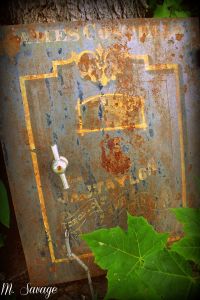 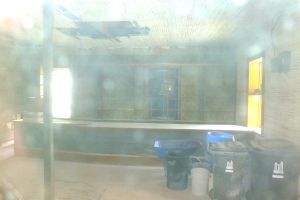 In the 1880’s the Costello family moved to Brudenell and brought their entrepreneurial ways with them. In 1885 James Costello was running a general store while Mike Costello had opened blacksmith shop and bought one of the hotels.  Whelan’s hotel was operated by Mme. Payette after purchase from John Divine. The pictures above are of James Costello’s general store and residence. Over the course of the loggers working season James would extend credit to their families and settle up with in the spring. James Costello’s house is still in excellent condition considering its age! The doors are padlocked but we were able to take awesome outside pictures and one through the window. Supposedly there’s a beautiful Grand Piano inside that James Costello ordered, had delivered by ox coach and took out a wall to accomodate it!! 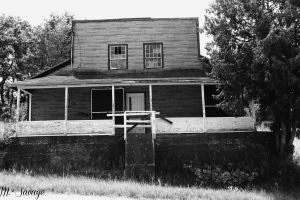 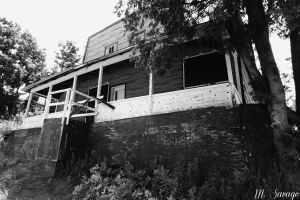 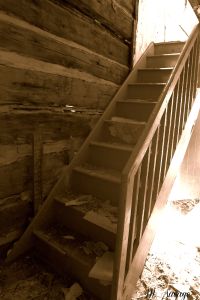 When the loggers working at the Pineries were off…………they partied hard in Brudenell! The hotels in town were famous for copious drinking, gambling and finding a ready, willing and able girl for the night…..for a small fee of course. When the workers were back in town they brought their money and decadent desires! It was a notorious town for hedonism and excess in all departments. The other store and hotel (pictured above and below) next to James Costello’s is in terrible shape. Structurally the building is compromised badly………we were very careful where we walked and got the best pictures possible!! Pretty sure the building won’t last another winter before it falls in on itself. The last known dates found on papers indicate it was last occupied in the 1950’s sometime…….not 100% sure though.Check out the vintage Coca Cola advertisement we found!!…….it was perfectly preserved! 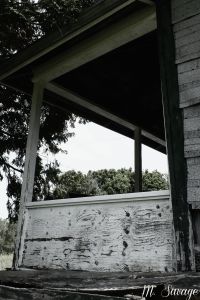 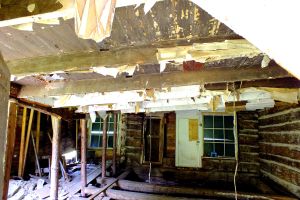 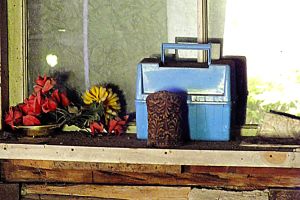 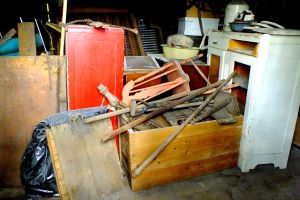 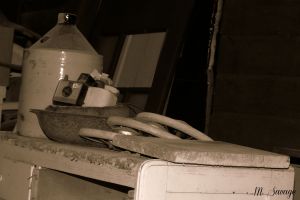 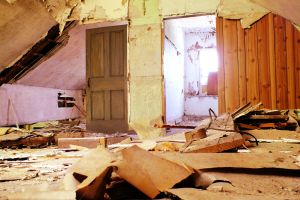 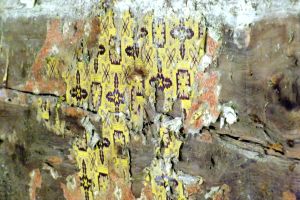 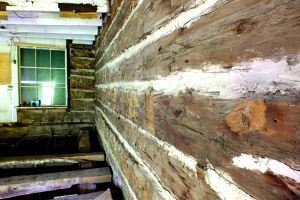 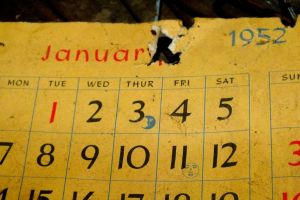 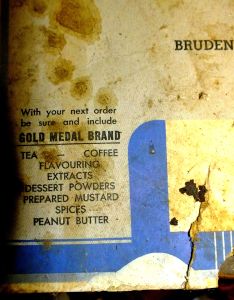 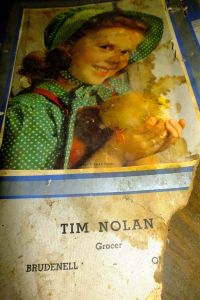 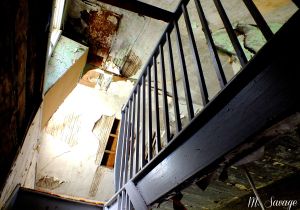 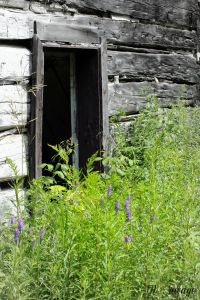 The town and township got its name in 1857, commemorating James Thomas Brudenell, a cavalry leader during the Seige of Sebastpool a port on the Black Sea, during the Crimean War. Brudenell enjoyed success under the leadership of Sir John A. MacDonald as the railroad continued to service Brudenell. When Prime Minister Laurier came into power he rerouted the rail road through Killaloe. This fact and the end of an era for square timber in the Ottawa Valley made the Opeongo Line obsolete for transportation. The decadent “Sin Bin” was no longer a hub or stop on the way for people. This caused a gradual but consistent decline for Brudenell that it never recovered from. 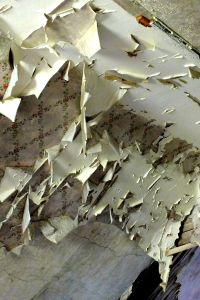 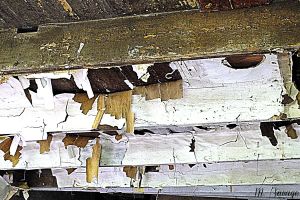 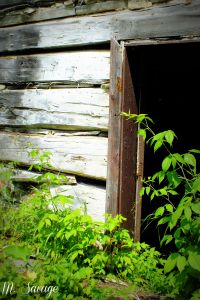 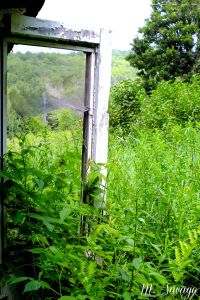 ………And……..lastly a very interesting research discovery we made about the most renowned mobster of all time……. 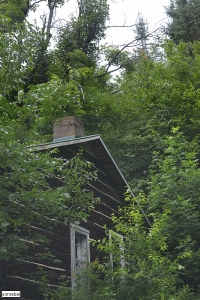 In the 1930s the tiny village of Quadeville (bordering Brudenell) managed to achieve a notoriety of sorts when mobster Al Capone was rumoured to have built a log cabin situated on the Letterkenny Road.

Al Capone is said to have spent time there. Although local residents claimed to have seen him, no photographs or actual documentation exist. It is documented fact, however, that Capone’s criminal empire sold tons of illegal liquor imported from Canada.

Legend has it that this little cabin still stands and nearby Kauffeldt’s Grocery reportedly still sells “Al Capone’s Hideaway” t-shirts.

This site uses Akismet to reduce spam. Learn how your comment data is processed.